Recently I was having a conversation with a family member about Faith Healing and how it differs from my own work with Soul Healing Therapy.  It turned into quite a fascinating experience and I think we both learned a few things.

Jim (not his real name) was asking if the work that I do is similar to prayer that is done at his church.  He shared that at his church they will often gather and pray for someone that is sick or is in hardship. Very often the person that receives the prayers will have miraculous cures and experiences.

He began telling me about a problem that he was having with his hand.  For no apparent reason his hand had become swollen and was hurting him.  One evening the members of his church gathered for their weekly prayer service.  During the faith healing part of the service they offered prayers for his swollen hand.

Jim told me that his hand felt better that evening.  By the next morning the swelling had gone down and he felt almost no pain from his hand.  This relief lasted for a couple of days, which was a very welcome experience from the pain.

I assured him that it was not my intent to try to convince him that Faith Healing was better or worse than Soul Healing. My intent to Jim, and to you, is only to share the differences in experiences.

I told Jim that the intent of Soul Healing is to find the underlying energy that causes the hand to become inflamed (swell up) and experience pain.  If I were to attempt to work on his hand I would use the symptoms of the hand only as a sign-post. His hand would be a Sign that tells us if the energy is healthy and flowing, or blocked from energy flow. “A sign of what?,” he asked?

He told me that he was trying to rent out a house that he had recently bought.  No one had rented the house and he was beginning to get worried that it wouldn’t rent easily.

The first thing that I told Jim was that the hand often represented our ability to Grasp the things we desire.  To me, the pain and inflammation of the hand were signs that Jim was unable have the things that he wanted in life.

I told him to feel the feelings of the Inner Child, the little boy inside that could never have the things that he wanted.  Feel the hurt and the anger of that little boy inside. He was never allowed to have anything of his own.

Jim began to realize that this was true.  He had grown up poor and he never felt like he was able to keep things for himself.  He told me a heartbreaking story that I had never known growing up. His parents were both suffering from health conditions and were struggling financially.

When Jim had graduated high school he was able to get a job with a local construction company.  Because of his friend’s connections, Jim was quickly promoted and was making more money than many of the adults around him.  But when young Jim came home, his mother took his paycheck from his wallet and told him that it was his responsibility to help the family.  She would leave him with only a minimal allowance from his full time wages.

As Jim shared this experience he told me that he understood that his parents really did not see any other option at the time.  If they had sat down with him and explained the situation and asked for his help, he would have gladly done all he could to offer financial assistance.

I guided Jim into feeling the feelings of his teenage self.  The realization of his parent’s struggle came only as an adult.  It was the feelings of the younger self that were still trapped inside of him.  It took all his effort to allow these feelings to come forward after decades of suppression.

He realized that he had become resentful of his mother’s actions.  So rather than have his wages stolen, Jim enlisted into the military when he was just 18 years old.  This was during the Vietnam War era and it would be a decision that would haunt Jim for decades to follow.

Gently, we allowed these feelings to come forward.  The guilt, the rage, the sadness and remorse. Never able to hold on to the things or loved ones that he cherished.  And the blame that he realized had carried so much weight in his life resulting from the decisions made by an 18 year old boy made in a time of hurt. 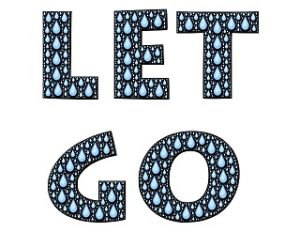 As Jim allowed the old feelings to come forward, he found that he was able to let go and find peace within himself.  I then asked him how his hand was feeling. He said that there was no pain.

When we had begun speaking there had been a swollen knot on the back of Jim’s hand.  After a few minutes he realized that the knot was no longer there.

We had not worked on “healing” his hand at all.  We simply helped to release the energy underlying the symptoms and the hand healed itself.

Too many of us hold old emotional wounds from long ago.  Many of these pains may even have been lost to our conscious awareness and memories.  You may be very delighted to find what happens when you release these hurts and pains from long ago.

I invite you to reach out and get started today in creating a new life for yourself.
www.SoulHealingTherapy.com