What is Soul Fragmentation? 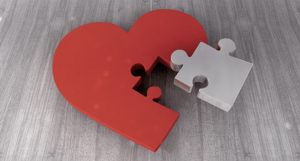 Soul Fragmentation is the theory that people can break off pieces of their Energy Body.  This can happen as a result of traumatic experiences that are too much for the person to cope with in the moment.  These experiences often happen in childhood when the child is most vulnerable and feels helpless while experiencing these traumatic events.

The perceived benefit in this moment of weakness is that the Energy Body has an inherent knowing and understanding.  By breaking off this piece of itself, the greater whole of itself can survive the trauma. Unfortunately, the Self that survives becomes separated, perhaps even feeling shattered at times and left feeling, In Pieces. 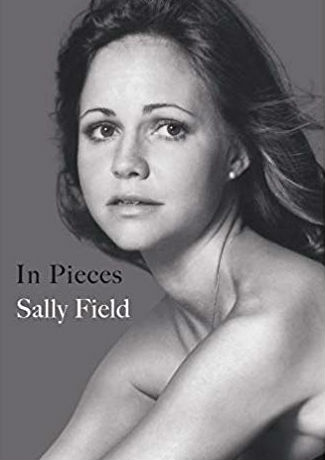 While driving home recently I found myself listening to a National Public Radio (NPR) interview with actress Sally Field about her new book, “In Pieces”.

From the NPR interview, “In the book, Field describes the abuse she suffered at the hands of her stepfather, actor Jock Mahoney. The abuse was both emotional and sexual, and Field says those experiences forced her to divide herself into pieces to survive; to wall off the pain and push forward.”

This is how the effects of soul fragmentation manifest.  In the case of Field, the abuse was the trigger that led to the fragmentation.

This was a painful revelation from one of my all-time favorite actresses. Once again I was reminded that we can never see the hurts that another person is facing. We imagine their life based only on their outward public success.

During the interview Sally Field, who is now 71 years old, shares the pain that she still carries from the abuse.  “I am in pieces and sort of always have been since childhood. I think some part of me knew something the rest of me didn’t know.”

The Perceived Benefits of Soul Fragmentation

As stated, it is the Energy Body that is aware of the benefits to breaking off a piece of itself in order for the greater whole to move forward in their life.  Many people that have experienced soul fragmentation would describe the experience as, “A part of me knew what it was doing.”

Sally Field describes the following incidents and coming to realize that a part of her Self knew what it was doing.  “I would deny myself certain things. I was afraid that I would find out things that I didn’t want to know. Even in my own journals that I had written all my life — I guess from my mid-20s on … I had never gone back to reread them — any of them. Not a page. And I was forced to go back and look at episodes that I knew I had written about and was horrified that I had purposely disremembered them.”

Listening to this interview I did not have the sense that she had found her own internal sense of peace.  It made me sad because her characters had given me a lifetime of joy, laughter and entertainment.

It takes great courage to author a memoir of this kind, and even more courage to publish it.  I applaud her and I suspect that she has had some level of internal healing just addressing her fear and accepting her Inner Child that had endured this pain long ago.

In her final remarks I feel that she puts into words what so many people face with unhealed soul fragmentation.  She was able to overcome, if not heal.

“Do I still have that gnawing, you know, hair-on-fire feeling of needing more and wanting to reach out for something that’s just outside of my grasp? Yes, totally. Yes. But can I now look back and feel the length that I’ve traveled? Yes. And I couldn’t do that before. And I think a lot of it had to do with the system that I had set up as a child to keep myself from seeing the truth.”

If you resonate with the story above, please don’t wait until your later years in life to address the hurt.  Reach out for help now so that you may pull back together your pieces and feel whole again.