My healing model is pretty straight forward.  We all experience emotional bumps and bruises throughout our life. But it is the emotionally significant Dramas, Traumas and Stories that cause the Stuck Energies within our Energy Body, also known as the Aura.

What makes me unique as a healer is that I am a natural Empath. This is someone that has the ability to feel the feelings and emotions of another person. I find that when I focus my attention on another person, and if that person allows me access to their feelings, I am able to connect and feel attributes about the person. This in turn helps me to become a mirror to them so that they can see aspects of themselves that they may have hidden away, sometimes even for decades.

What I do is to first help people face their Stuck Energies. This alone can be highly liberating. The energies come out in the form of memories and feelings of past hurts, fears and traumas in their life.

Next, we use the energy of Acceptance aimed at the stuck energy to loosen it’s hold, and our grip on the fears that we have held onto, sometimes since childhood.

So how does this all work? Let me try to provide an answer by sharing a recent experience.

Recently my wife and I were on vacation in beautiful Puerto Vallarta Mexico. We found a great local restaurant that serves meals right on the beach. So there we were with toes in the sand just steps away from the water while having breakfast.

One aspect of Mexico beach life is the constant stream of vendors selling everything from hair braiding to jewelry. One day we were approached by a gentleman offering fortune telling service through the use of cards. I initially smiled politely and said, “No thank you”. But with a genuine smile he offered his cards and said, “Pick one just for fun.”

I humored him and chose a card. The insights that he revealed were indeed surprising and poignant in my life at this time. He continued to draw cards and gave me a short reading, which drew further insights. I told him that I appreciated his time and paid him for his service.

The next day the same man came around again while we were eating breakfast at the same restaurant on the beach. He offered me a gift of a quartz crystal and told me that it offered good luck and protection. I could tell that his gift was sincere so I invited him to sit with us and offered to do a reading for him.

What do you really desire?

Again, as an Empath I can feel the feelings of people that I consciously chose to connect with. Insights often appear to me about the person. I will just “know” things that pop into my head.

I told him to shuffle his cards and ask a question. He asked me if the relationship would work out with the woman that he had just started to date.

As I connected to him I told him that he didn’t really care about this woman and that he really didn’t care if the relationship would work out or not. I then invited him to ask a different question.

I then probed deeper into the energy and it came to me that he didn’t care about this woman, but it was the energy of a Relationship that he wanted to know if would fail or succeed.

I told him that he was concerned about whether he was worthy to have someone actually love him because he had never felt worthy of being loved before. It came to me that his mother did not have the energy to love all of his brothers and sisters, it seemed like it was just too much work for her.

This became our starting point.

I invited the man to close his eyes and feel the feelings of his childhood. I told him to feel what it was like to grow up with all his brothers and sisters but to have a mother that was never there for him emotionally.

He then told me that both his mother and father were always absent from the home. They both had very demanding jobs that left the children to take care of themselves. As the youngest child he often felt lonely, abandoned and afraid because he never felt that his siblings would care for him.

I told him to feel the pain of these feelings, prompting him to allow the feelings of the young child to come up, so they could come out. Over and over I prompted him to feel his feelings and say out loud, “My mother was never there for me.”

As the internal emotional pain intensified for this man, I reassured him and told him to be with his Inner Child and breathe through the pain of the experience. I guided him to allow the Inner Child to experience the emotional pain that he was not Allowed to have at the time.

This is a common experience for most children that experience trauma, or even difficulties at home. With parents that are in turmoil, the child is not permitted to experience their own emotional pain. Children are told to, “Stop crying” or “Just deal with it”. But this just leads to unresolved hurts and Stuck Energy. 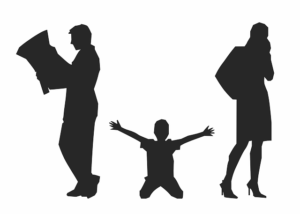 As his Inner Child began to release the hurt, we could see decades of emotional burden fade from his face.  We even saw his body begin to sit up straighter. I guessed this man to be in his mid 50’s from his appearance and the stories that he had shared. It was beautiful to watch as his burdens became lighter with each breathe.

We continued with more healing of his relationship with his parents and with his siblings. When we were done he began to speak about his mother in a completely different manner and in softer voice. The anger was gone and he now felt compassion for his mother, and for himself. When he left us, he walked away with an inner peace and appeared to have a lighter step.

I feel that I am more of a Facilitator than a Healer. I journey with people into the dark scary memories and help them to release their own pain. It is their own energy Acceptance that is the true healer.

Please feel free to contact me to set up your own personal sessions.
SoulHealingTherapy.com